Good Versus Evil: The Fight Of Our Lives 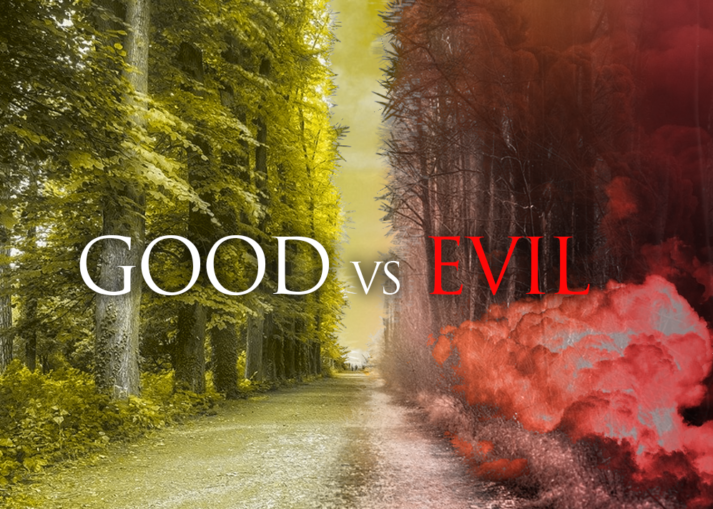 See, God created people to be good, but when we have to choose between good and evil, our attachment to the natural world makes us vulnerable to the natural appeal of evil. For when Eve was tempted with the fruit and as she entertained the idea, the Bible states the fruit seemed “good” to eat.

The depth of our human capacity is muddled by our emotions and our physical desire for the easy way out. And when we succumb to the deceptions of evil, evil seems good and good seems evil. This is the fight of our lives. And evil is always easier to do than good.

The fight between good and evil manifests in all spheres of human existence. In individual situations, internal feelings, relationships, family and community environments, in laws and governments, in public opinion and progressive thought and action, and even in political ideologies.

The Bible notes seven things that God hates, the seventh being abominable to God, which is sowing discord or division between people. God hates division and so it follows that division will always be an evil agenda’s intended outcome. And so let us consider just two prevailing concepts among the many that separate us as people in the world today:

Separation based on race:
Whatever your reason for seeking to know someone’s race, whether for oppressive purposes or for reparations, you are causing division. You are therefore intentionally preventing a nation or community from genuinely uniting. Racial discrimination whether unfair or deemed legally fair is a manifestation of evil and can only have evil consequences.

Any vehicle of evil that generates division is a dark abyss that is very difficult to return from once you are swallowed by it. It is interesting that evil robs you of the freedom of choice, but good will always allow you the freedom to choose the same good you have been standing for, or to relinquish it for the opposing evil.

Political Ideologies:
I want to contend that there is no left and right political sides – there is only good and evil. Political ideology distinctions only succeed in causing division among people, communities and nations. This reality is no more true than in the current political climate in the United States. The fight between left and right, and the silence of the moderate liberals who for whatever reason choose not to speak against the left or for the right. And this fight is a battle for the soul of their nation.

When we categorise ourselves according to ideology we will fight for that distinction regardless of the sense spoken by those who oppose us – we can only debate, but we can never reach consensus because we have chosen to be divided.

One political party can never really win the favour and vote of all the people, and so it is necessary to create divisions and the party that can play on those divisions best for the benefit of its constituents stand the better chance of retaining their vote and the institutional power and access to wealth that it offers them.

The same is true for countries that enshrine the same political ideals: on the one hand you have Russia, China, Palestine, and most of Africa who, although some may have a democratic framework, are more socialistic and communistic in outlook and outcomes, while, on the other hand, you have most of the western world on the democratic side. And this international political distinctions cause real division and has produced alliances that are based on ideological similarities. And so in war battles are fought alongside and against countries based on what ideologies they espouse.

But if you look closer at political ideologies, the one enables freedom of faith and religion, while the other seeks to control what the population believes. We now see a worldwide campaign to socially engineer the world by indoctrinating liberal and far left ideology into the minds of the world and our children. They do this through the education systems in various nations, through government programmes, through movies, media and other platforms of influence among people.

Recently I came upon an article in the States where a teacher was concerned that virtual schooling during Lockdown will undermine the liberal indoctrination of children because of the presence of parents in these virtual lessons! Do yourself a favour and read this article please!

I recently completed a Change.org petition to recall the distribution and sale of Trolls World Tour Poppy dolls that have a button on the private parts between the legs that causes the doll to gasp and giggle. This button is not described or mentioned anywhere on the box or description of the doll. It has a button on the belly that plays a selection of a few songs that are detailed on the box, but not the private parts button. This is scary, because evil is now using corporates in a daring and audacious move to sell dolls to our children to socially engineer them that the proper response to being touched by your private parts is to giggle. And I believe that by doing that they are normalising sexual molestation and paedophilia.

Here in South Africa, since last year, but more specifically this year when the curriculum was launched at 1500 schools, we petitioned government and the Department of Basic Education to remove Comprehensive Sexuality Education from our schools and while the Department was resistant at first, the public outcry caused them to capitulate and say that schools or parents can opt out of those Scripted Lesson Plans and use alternative curriculums.

My last few articles, specifically the ones on racism and the recent “Parental Authority Is Under Siege In Our Nation,”  cast further light onto how politicians and governments are using legislation and education to propagate the designs of evil in society.

Central to the agenda of the global spread of evil through governments and state organs is the United Nations through their various subsidiary bodies, including UNESCO. In South Africa we had officials from UNESCO together with the DBE hosted a meeting with religious and traditional leaders regarding CSE on 23 January 2020. At this meeting the voices of the religious fraternity were drowned out and their appeals made light of. It was an ambush rather than a consultation as was promised.

It is important that we realise that our political battles and social problems is really a fight between good and evil. And unless those standing for good use all the tools at our disposal, we will one day wake up to a country that is overrun by evil and the voices representing the good will neither be welcome, nor allowed.

We must be aware that evil always presents itself as good, and herein lies the test of our moral integrity and righteousness-meter. Can we discern when evil cloaks itself as an angel of light in various programmes, curriculums, activities, games, articles and entertainment so that we can take a stand against it and protect our children and save society from the deluge of evil we are already experiencing?

Also keep in mind that evil is hard to overcome because it is incentivised. It is scary how much money is poured into programmes aimed at undermining Christianity, moral values, the family unit, God’s design for male and female, and a myriad of other important issues.

The devil showed his hand when he offered Christ all the kingdoms of the world in exchange for Jesus bowing to him. See, evil comes with momentary reward and the promise of power and wealth. Good is not as attractive because its main earthly reward is in upholding it.

The long-term benefit of standing for good is unseen and eternal and difficult to quantify and you often end up paying for good with what you have. This is a good yardstick to use to measure if the political party you support is good or evil – look at who rewards them and if that reward is money and how much of it they get or got! Always follow the money. Generally, but not always, the money trail from evil outcomes leads back to an evil source.

And whatever your profession, career or calling, if your good needs to be paid for, it may not be as good as you think and the root of your desires may not be as noble as you say. Just remember, the details may differ but the fight is always between good and evil… You need to be sure on which side you stand and what price you are willing to pay to keep standing.

Alain Walljee is the Founder and Pastor of Bay Christian Church, Port Elizabeth, affiliated with The Christian Network. Published author of ‘Living in Victory: The Journey From Where I Am To Where He Wants Me To Be’. Email alainwalljee@gmail.com