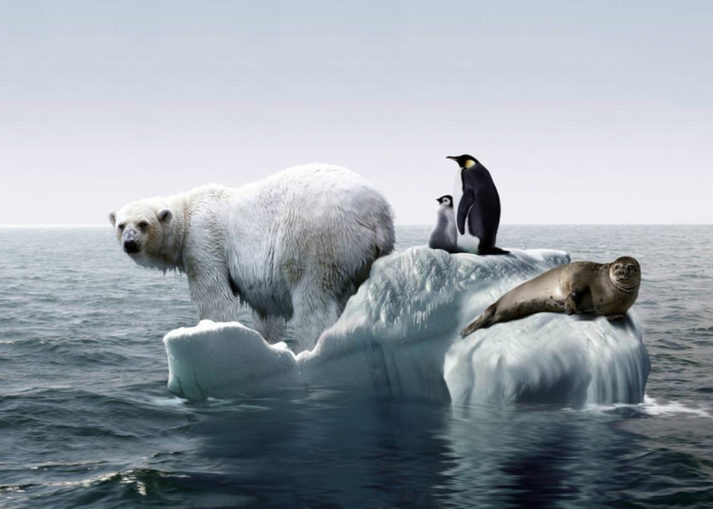 The claims of global warming activists are similar to those propagating evolution theory. It is a theory that lacks credible and verifiable evidence. For every claim advanced by global warming advocates, there is a counter argument disproving it. However, because the secular humanist intelligentsia drives this agenda, most of the arguments that undermine global warming theory are quickly discredited.

The Population Bomb
In 1968 Stanford University Professor Paul R. Ehrlich and his wife, Anne Ehrlich, wrote the wildly speculative book, “The Population Bomb.” The book warned of mass starvation of humans in the 1970’s and 1980’s due to overpopulation, as well as other major societal upheavals, and advocated immediate action to limit population growth. Fears of a “population explosion” were widespread in the 1950’s and 1960’s. Much of the book is spent describing the state of the environment and the food security situation, which is described as increasingly dire. He further argued that “the growing population placed escalating strains on all aspects of the natural world”. “What needs to be done?” he wrote, “We must rapidly bring the world population under control, reducing the growth rate to zero or making it negative”.

Killing people becomes morally acceptable
The dire warnings of “population explosion” were ultimately proven wrong. Despite this, Ehrich’s hysterical predictions spawned several population control ideologies like abortion on demand and euthanasia. In other words, in order to “save the planet” – a favourite mantra of liberal secular humanists – killing people becomes a morally acceptable necessity.

God hasn’t changed His mind
Contrast this ideology with the Word of God. The Bible declares God created the Heavens and the earth (Gen 1:1-25). He specifically created the earth for mankind and instructed them to “Have dominion over the fish of the sea, over the birds of the air and over the cattle, over all the earth and over every creeping thing that creeps on the earth.” Mankind is created in the image of God – the express representation of God (Gen 1:27). And God, the creator of the earth gave mankind dominion over His creation. God also instructed mankind to “Be fruitful and multiply; fill the earth and subdue it.” – Gen 1:28. Significantly, nowhere in Scripture does God amend this instruction to mankind. “Be fruitful and multiply; fill the earth and subdue it,” therefore, remains a legitimate commandment of God to this day.

Only 10% of the earth is inhabited by humans
What is illegitimate however, are the “population explosion” claims of secular humanists and the alleged implications for planet earth. Population growth is blamed for all manner of evil. However, what overpopulation alarmists do not tell you is that only 10 percent of the earth is inhabited by humans. That means 90 percent of the earth remains uninhabited. In addition, Japan, New Zealand, and most of Europe are suffering severe population decline. The negative growth in these nations are so dire, governments are forced to offer parents incentives to have more children. So much for overpopulation!

God’s resources are adequate
God created the earth to adequately provide for the needs of mankind and the rest of His creation. So why are so many people across the world living in such desperate situations? The simple answer is sin! Greed, massive corruption, and other wicked manifestations of the flesh are what drives inequality and social deprivation. The earth produces enough food and other natural resources to sustain mankind. However, greed and corruption aids the grotesque inbalance of resources.

The earth is grossly mismanaged
Pollution and environmental disasters have taken its toll. However, the wicked heart of mankind is responsible for much of the human suffering. People are precious in the sight of God. The Scriptures declare, “The earth is the Lord’s and all its fullness” – Psalm 24:1. Consequently, people are not a threat to a healthy and sustainable environment – sin is. The earth can only be restored to its original glory when sin is defeated. As a result, only Jesus can “save the planet”. Because it is His creation and He alone is the Saviour of the world.