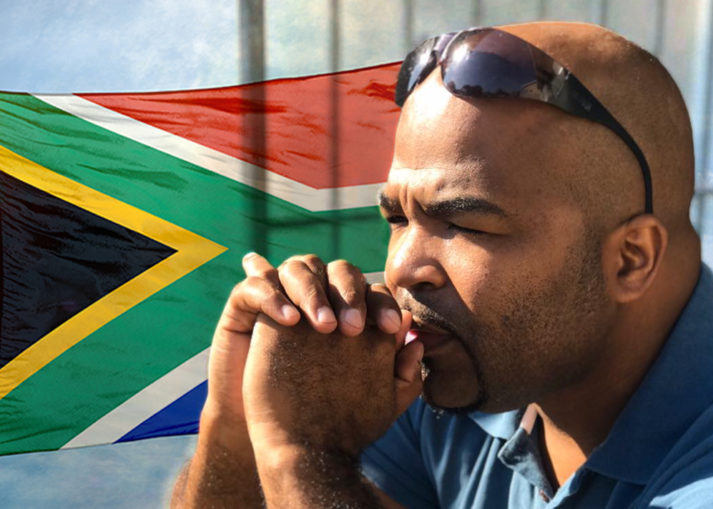 So it was that God sent Moses to deliver the nation of Israel from slavery in Egypt, as the Bible recounts. But God, knowing where He wanted His people to be geographically, in belief and in lifestyle, understood that He had more to do than just take them out of Egypt. It seems to me as if God had a greater task of getting Egypt out of them.

See, they had been slaves in Egypt for over 400 years. For all that time they owned nothing and lived on the good graces of their masters. But in God’s plan to take them to the Promised Land He promised to give them houses they did not build and vineyards they did not plant. For a slave, any gift is a handout, but the nature of the gifts God promised changed their expectations of the future. God was promising them ownership and the function of not just working, but managing growing vineyards and homes of their own. As slaves, they had what their masters gave them. As owners they would have only what they worked for and what they would work to maintain. Even the properties God promised them came at the cost of war and driving out the nations that lived there before them, who built those houses and planted those vineyards.

And God knew that taking them from Egypt to Canaan was going to require a maturity of faith and so He used their lack of faith to cause them to wander in the wilderness for forty years until all those who could not adjust their mindsets to what was ahead had passed on and literally only Joshua and Caleb was left of the original group who left Egypt.

Why is this significant?
Because God used the process of the desert-wandering to dry slavery out of them and the teaching of the law of Moses to transform their thinking into that of owners and managers. Hence Christ summarised all the laws into the simple, Love God and love your neighbour as yourself. They needed the strict rules with its cruel punishments to change their thinking from desperate, take-what-you-can-get poverty mentality, to integrity in ownership and respect towards someone else and what belongs to them and they had to learn devotion to God as the focal point of their lives.

In transitioning from Apartheid to democracy in South Africa, I don’t think we all made the mental adjustments necessary for equality under the law and equal opportunity.
For often these two ideals fall victim to social injustices and unfair treatment by some against others. This mentality-adjustment needs to be made by all people in South Africa. To understand that it will take work from all culture groups, those previously advantaged and those previously disadvantaged. We all have an adjustment to make.

In Mark 10:46-52 a very profound story takes place that contains more truths than the contents reveal. Jesus asked blind Bartimaeus what he wanted Jesus to do for him, to which he replied that he wanted to see. See, the test of Bartimaeus’ faith was not just in the restoration of his ability to see, but also in what the miracle would mean in terms of his quality of life. For being blind allowed him to beg and live on handouts. But being able to see meant that he had to be willing to learn a trade and start making his own way in life without the benefit of handouts from others. So in transitioning from his disability into a life without it, he had to adjust his mentality regarding his own responsibility for his life and livelihood. But his miracle also required an adjustment from the people who knew him as blind, who pitied him, who gave him alms and those who mocked and insulted him. His stepping into the possibility of a better quality of life required some work from himself and from those who knew him in terms of their treatment of him. But the most work came from the one who received the new lease on life.

In the same way, having achieved democracy, at least in law, those previously disadvantaged have work to do, as do those who were previously advantaged. But the greater work needs to be done by those who were once the victims of racial oppression. This hardly seems fair, but it is the way of life.

It is always the victim who emerges from the crime with more work and more emotional and mental adjustments in order to restore parity in his or her life. Think about it…

Enter the concept of “internalised oppression.”  Writes the Center for Community Health and Development at the University of Kansas in “The Community Toolbox,”

When people are targeted, discriminated against, or oppressed over a period of time, they often internalize (believe and make part of their self-image – their internal view of themselves) the myths and misinformation that society communicates to them about their group.

In this Toolbox document, Section 3 starts with this interesting reference:

So like Israel coming out of Egypt, previously disadvantaged groups in South Africa have to make adjustments to our own perception of ourselves and set ourselves free from the mentality that was required for us and our predecessors to survive racial oppression and inequality.

This is a mentality upgrade WE must make – people from previously advantaged groups cannot help us with that. When they do try, we accuse them of being condescending, unsympathetic or patronising.

Consider these examples of how internalised oppression manifest in practice, as per the document (toolbox) from Kansas University mentioned above:

They add that members of the same oppressed cultural group often fight one another and bring each other down instead of celebrating one another’s achievements and victories. And we know, that this is a real problem in previously disadvantaged groups in South Africa – it is something we complain about all the time among ourselves.

But take the last bullet point above: and apply it to our South African context, how in workplace environments you see people from the same racial groups congregating together. And we blame racism!? No, it is not intentional, it is internalised oppression and often an unconscious effort to avoid discomfort. And this leads me to the next point.

Just as the formerly oppressed has work to do to level the playing field for him or herself in terms of their own self-perception and confidence, those who were previously advantaged by Apartheid also have work to do. They need to also get out of their comfort zones and be intentional about including someone from another race and accommodating them. They have to be intentional about extending a hand of friendship. Remember, previously disadvantaged people already have inhibitions and trust issues and therefore a little more has to be done to make them feel welcome. Don’t treat them with silk gloves or like they are special guests, just make an effort to include them and treat them as you would someone of your own race – with no unfair discrimination.

So when I read recently of famous sports personalities in South Africa talking about having no one to talk to on a bus or not understanding the language spoken, I see two things. I see internalised oppression on the part of the complainant that they urgently need to overcome. When they do, they will have the confidence to speak up and say, “Please, I don’t speak Afrikaans. Let’s keep it English!” And, secondly, the guys speaking Afrikaans should have the sense to not speak Afrikaans in the first place, knowing that a few members on the team do not understand it. This should come down from the coach and through the leadership structures of the team. All have a part to play. All have work to do. All must adjust.

Finally, in the words of Orlando Bloom’s character in the epic movie, “Kingdom of Heaven,” when he addressed the mixed-religion inhabitants of Jerusalem, “Who has claim? No one has claim. We all have claim!” I say to South Africans of all races, “Who has claim? We all have claim.” It does not matter when who came to South Africa, centuries or weeks ago, we are all here and South Africa is our home! And, yes, in the process of making our home here blood was spilled and hatred generated. But if we still walk in the hate of old, we are slaves of the past, haunted by the voices of the blood of our ancestors speaking from the ground. But it is time to lay the ghosts of the past to rest. It is time to forgive and start from where we are now and with what we have now. We have the framework for democracy, and we have each other. Let us enjoy one another, enjoy one another’s culture through arts and entertainment and let us stop blaming and fighting each other and start building our country together and where the record shows that redress needs to be done, let us endeavour to do it together and in fairness to all.

We cannot all be friends, nor are we required to deny our cultures. But we can respect one another, not just socially but legally, in governance and availability of opportunities for all. And we must understand that the outcomes will always be different from individual to individual regardless of race. But we can build a country together where race is neither a qualification, nor a stigma!

Feature image: Alain Walljee
Alain Walljee is the Founder and Pastor of Bay Christian Church, Port Elizabeth, affiliated with The Christian Network. Published author of ‘Living in Victory: The Journey From Where I Am To Where He Wants Me To Be’. Email alainwalljee@gmail.com