Evidence For The Bible’s History In Egypt 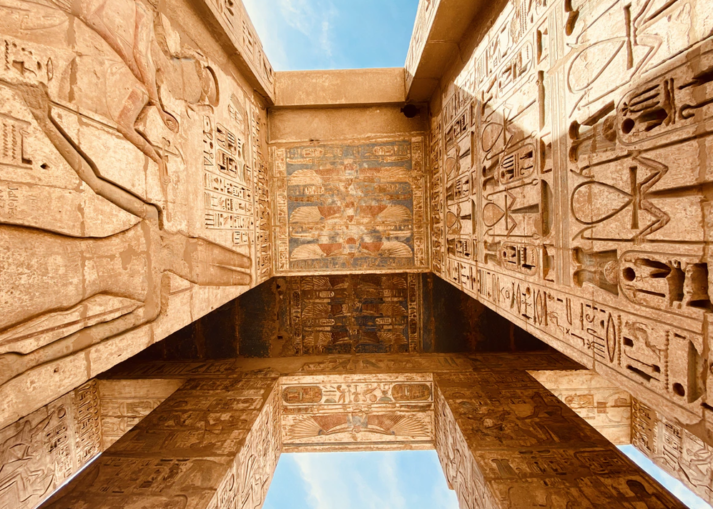 Some people might wonder why CMI, a creation ministry, is researching Egyptian history and archaeology. But biblical creation isn’t solely concerned with the history of Genesis 1–11, but with how the Bible presents real history elsewhere that we can trust. Skeptics often use Egypt as a focal point for attacking the Bible’s history, because they claim that we don’t see evidence for the Hebrews in Egypt or the Exodus, events that should have left a historical trace. They also point out that the early part of the standard Egyptian chronology predates the biblical date for the Flood, which would have destroyed any Egyptian artifacts.

The Patterns of Evidence series of films that CMI carries shows that there is evidence for the Bible’s history in Egypt if you look in the right place. And even mainstream Egyptologists agree that the dates are inflated (too old). So in reality, this is an exciting time for Christians because of the new evidence and confirmation of the Bible’s history.

What evidence would we expect to find?
Some absence of evidence is explainable when one understands Egyptian culture. They did not name their enemies, because to do so would immortalize their name. And they did not mention military defeats. So we wouldn’t expect them to memorialize the Hebrews and the events of the Exodus, especially on the majority of monuments they created. These artifacts are found on the temples and tombs to their gods and their pharaohs. So, if there is evidence, we would expect it to be more subtle, like in the Hebraicized place names in a whole region of ancient Egypt, indicating at one time there was a Hebrew population. Or mentioning the Hebrews in Egyptian writings after they had left Egypt and were conquering towns and cities in the Ancient near-East. And we have both! Also see this recent article about Evidence for the Hebrews in Egypt where we were able to confirm the identity of the Egyptian pharaoh Shishak as mentioned in 1 Kings 11:40; 14:25; and 2 Chronicles 12:2–9,

Some evidence only appears to be missing because people have been looking at the wrong time. Many assume Rameses II is the Pharaoh of the Exodus, because the Bible says the Hebrews built storehouses in the city of Pi-Rameses (this is known as the ‘late Exodus’ idea). But as Patterns of Evidence showed, there is evidence of a Hebrew population in a city that was called Avaris around the time they dwelt in Egypt, but many scholars have ignored it as being too soon for the Exodus. But if the place names associated with Rameses were textual updates in the Bible when he became a great king many decades later, then the Exodus actually took place generations earlier. And this would explain why there is no evidence of the Exodus being associated with Ramses II.

Assuming a wrong timeline also leads some to discount what seems to be pretty clear-cut evidence for the Bible’s historicity, like a group called the Habiru coming into Canaan, or a Pharaoh who, unlike his predecessors, took huge numbers of slaves back to Egypt from the Middle East, including some wandering Habiru.

The Bible: a reliable historical document
The Bible itself is a historical record that is often discounted, but over and over again it has been shown that it accurately speaks about people, places, and events in the ancient world. While we believe that as the Word of God it is more than a historical document, it is not less.

One misconception is that because the Bible is a theological document—it tells about God and what He has done in the world—it cannot be historical. But we believe that God has acted in history, so to be a true theological book the Bible would also have to be a true historical book. That is, everywhere it speaks about our world—both past and present—it should be accurate. And it is!