Did Matthew Misuse The Old Testament? 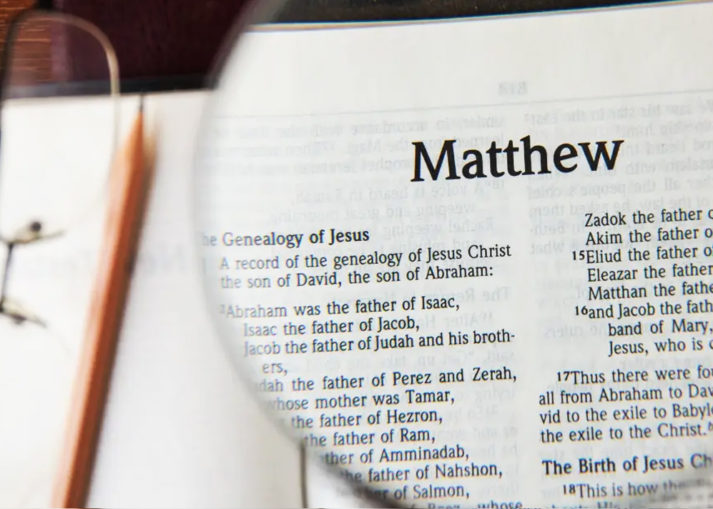 During Advent, millions of Christians read Matthew’s much-beloved account about the birth of Jesus. But skeptics sometimes use the opportunity to point out a perceived instance of Matthew playing ‘fast and loose’ with Scripture. They argue that some of the things Matthew cites as prophecies weren’t prophecies at all. Is this accusation valid?

Some preliminary thoughts
Matthew, according to church tradition, was writing a Gospel for a primarily Jewish audience. His interest in Old Testament references and debates about the Law seem to corroborate this. If Matthew was writing to Jews who would know their Old Testament, surely they would be the first to call him on it if they thought he was misusing their sacred Scriptures! So he would have an incentive to get it right. So, whether or not Matthew’s use of Scripture fits some modern methods of Bible interpretation, the way he used the Old Testament was in line with first-century Jewish methods.

There are two types of Old Testament texts that Matthew uses to claim prophetic fulfillment, and two of each of these are used in his birth narrative.

Straightforward predictive prophecy
Matthew’s first citation of prophecy in 1:23 comes from Isaiah 7:14: “Behold, a virgin will conceive and bear a son, and will call his name Emmanuel.” Isaiah is clearly making a predictive prophecy, but some people argue that Isaiah isn’t talking about Jesus at all. Are they right?

Whether or not Matthew’s use of Scripture fits some modern methods of Bible interpretation, the way he used the Old Testament was in line with first-century Jewish methods

In the context of the Isaiah passage, Rezin and Pekah, the kings of Syria and Israel, form an alliance against the Assyrian empire, but together they aren’t strong enough to withstand an Assyrian invasion. So they invite Ahaz, king of Judah, to join their alliance. When Ahaz refuses, Rezin and Pekah conspire to overthrow Ahaz, and to replace Ahaz with a king more favorable to them. Ahaz was terrified of them, and planned to appeal to Assyria.

Overthrowing Ahaz would have far wider repercussions, because it would mean the extinction of the Davidic dynasty, through which the Messiah would come. So God sent Isaiah, with his young son Shear-Jashub, to Ahaz with a message not to be afraid; God would protect them. As a sign that God would not let Syria and Israel overthrow Judah, God invited Ahaz to ask for a sign—anything, as an assurance. Ahaz, with false devoutness, claimed that he did not want to test the Lord. But really, he didn’t want any sign to come true, meaning he would have to abandon his plans to appeal to Assyria (a cruel and idolatrous nation, cf. the book of Jonah). Isaiah’s angry reply makes it clear that Ahaz isn’t answering with true piety.

This is the context for the Emmanuel prediction:

Matthew specifically applies verse 14 to Jesus. Indeed, if we take ‘almah to mean virgin (as is the most likely translation), there is no other virgin birth that could be cited. Very strong support comes from the Septuagint Greek translation of c. 250 BC, which used the word parthenos (παρθένος), from which we derive the word parthenogenesis.

But how is a virgin birth 700 years after Ahaz’s time in any way a sign that the conspiracy is doomed to failure? The emphasis certainly seems to be on something happening in Ahaz’s day. The answer is that some prophetic passages exhibit dual reference,1 where two prophecies are intermeshed, and it may not be clear initially that more than one subject is being referred to. In this case, verse 14 would be referring to the virgin birth that would take place in the distant future. But then in verse 16, when he says, “before the boy knows enough to reject evil and choose the good,” Isaiah is no longer talking about Emmanuel, but about his son, Shear-Jashub. This probably explains why God instructed Isaiah to bring his son. In other words, before Shear-Jashub reaches an age where he can be held morally accountable, Pekah and Rezin will be destroyed. The fulfillment of this sign would be confirmation that the prediction about the virgin birth—the sign to the whole house of David—is similarly trustworthy.

Some would argue that it is artificial to see two prophecies, one with a distant fulfillment. But if one takes the whole of this section of Isaiah into account (from the holy seed of the burned stump at the end of Chapter 6, to the glorious Prince of Peace passage in Chapter 9), it would seem that Isaiah sees Emmanuel coming only after the nation has been destroyed. Furthermore, the original languages differentiate between the two: the prophecies directed to Ahaz alone has a singular second person, and those directed to the House of David have a plural second person. In most dialects of English today, there is no distinction, but this is just the normal devolution of language.

Not only in Matthew but elsewhere in the NT, the history and laws of the OT are perceived to have prophetic significance.

Matthew 2:6 claims that the Jewish religious leaders who Herod consulted saw Micah 5:2 as a prediction about where the Messiah would be born. This does seem to be a straightforward predictive prophecy, referring to an event in the distant future. And this one fits Jesus perfectly because it hints at the Messiah’s deity—although he would be born in Bethlehem, He was in action from eternity past.

Typological fulfillment
An important category of Scripture interpretation is called typology. Basically, that means that some Old Testament person, event, or institution is looking forward to a New Testament person, event, or institution. It’s not so much that it is an explicit prophecy as much as the latter is seen as a fulfillment or an extension of the former.

It’s also important to understand that to the biblical writers, it wasn’t just explicit prophecies that could have fulfillment: “Not only in Matthew but elsewhere in the NT, the history and laws of the OT are perceived to have prophetic significance.”2

In Matthew 2:15, the Infant Jesus’ sojourn in Egypt is seen as a fulfillment of Hosea 11:1. But in the context of Hosea, the verse certainly refers to God calling Israel out of Egypt at the time of the Exodus.

This is not a case of Matthew simply taking verses out of the prophets arbitrarily and illegitimately assigning them to Jesus. Rather, Matthew sees Jesus as a typological recapitulation of Israel.3 After all, the Abrahamic Covenant (Genesis 12) included nations being blessed by Israel, and in particular by one particular Israelite “seed” (Galatians 3:6). So if this is the case, we would expect events in Jesus’ life to ‘line up’ with certain events in the history of Israel. Israel is called “God’s son” several times in the Old Testament; it is not unreasonable to see God’s true Son as the ultimate Israelite, and thus apply statements about Israel to Him.

A few verses later in Matthew 2:18, Matthew applies Jeremiah 31:15 to the Slaughter of the Innocents and the Holy Family’s escape to Egypt: “A voice is heard in Ramah, weeping and great mourning, Rachel weeping for her children and refusing to be comforted, because they are no more.” The most immediate connection that most make is the mourning for the slaughter of the infants in Bethlehem, and this is doubtless part of the reason for Matthew’s allusion. But in the context of Jeremiah, the lament is over the exile of the Northern Kingdom. Rachel, the mother of Jacob’s (Israel’s) favorite son Joseph was a symbol of Jewish motherhood. Thus the flight to Egypt itself is probably also in view here, seen as a sort of ‘exile’ which ends when Herod dies. In this case, too, Jesus is seen as a sort of embodiment of the nation of Israel, so his life again fulfills a major event in the nation’s history.

Conclusion
All Scripture was given under inspiration of the Holy Spirit (2 Timothy 3:15–17, 2 Peter 1:20–21). So, like Christ, there is a divine and human aspect to Scripture. The Holy Spirit superintended the human authors, using their own distinct personalities and writing styles, they would produce an inerrant account of what He wanted to reveal. In the case of New Testament authors like Matthew, this included citing the Old Testament. Since the Holy Spirit is the ultimate Author of both, He can cite Himself as He pleases. Also, from the human perspective, this included Matthew using standard Jewish interpretive methods to show that Jesus really was the fulfillment of Old Testament prophecies and typologies.