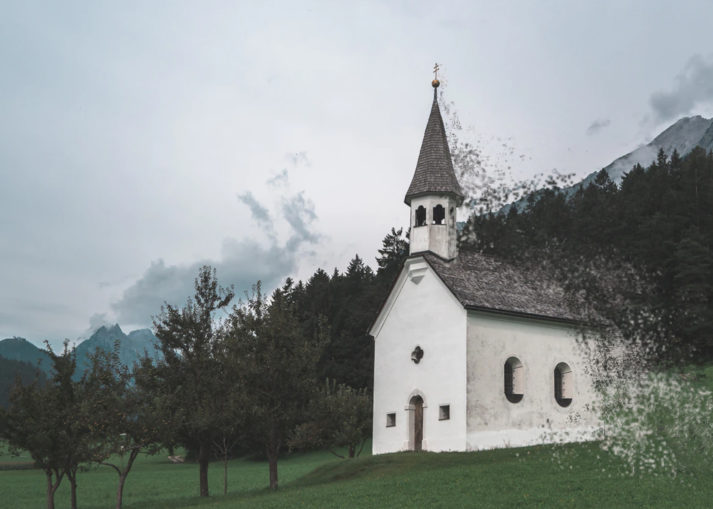 “If the foundations be destroyed, what can the righteous do?” (Psalm 11:3).

If the opening chapters of the Bible are not believed as true history, what action can the Christian take? According to reports from the Netherlands (Table 1), it would appear that some see this as a reason to abandon ship. However, there is a flipside. Compared with the older generations, churched young people who have received apologetics teaching tend to hold to the traditional biblical view of a six day creation, each of 24 hours long.1 Churches adhering to this view have slowed down the free fall of church attendance that has been occurring in the Netherlands.2 This can be clearly seen when comparing the 2019 statistics with those for the previous decade:

Table 1: How denominational church membership is affected by the belief of its ministers regarding a six, 24-hour, day creation. Note: denomination names were deliberately not translated.3
*Rounded to the nearest thousand.

“If you’re in a mainline church and that church is dying, and you’ve just heard that the theological position that you have is likely what’s killing it, you’re not going to be very happy about that.”—Prof. David Haskell

This research shows that, where the ministers mostly adhere to a creation of six days of 24 hours each (e.g. 100% and 92%, for Gereformeerde Gemeenten and Hersteld Hervormde Kerk respectively), the overall church membership is approximately keeping pace (-2% and 0%) with population growth of the country as a whole. However, church denominations whose ministers mostly reject this biblical creation viewpoint (the lowermost rows in the table) are in serious decline.

Interestingly, the researchers found that the preachers who believe a straightforward historical reading of Genesis 1 are the ones that preach on Genesis 1 the least! This seems somewhat paradoxical but Dr. Gijsbert van den Brink of the Vrije Universiteit Amsterdam (Free University) is not surprised, saying:

a historical approach to Genesis 1 is not good sermon material. What can you say about it, if the history happened precisely as it is written? You might as well just read out the text.

That would be a very good start to a sermon, certainly! Even better would be to follow it up by an apologetic that outlines the biblical, theological reasons why the text should be taken—and believed—as written. And, of course, churches need to equip their congregations to defend against the humanistic challenges to Genesis from the ‘science’ of evolution. Sadly, in this day and age, due to the secular pressure to conform to evolutionary accounts of origins, it can no longer be taken for granted that Christians will simply believe this account. The evolutionary views of, for instance, Genesis 1 require significant brain-gymnastics since they try to make the text mean something else than what is plainly written. This is not only inappropriate for a passage that reads as historical prose (which is demonstrable in the original Hebrew too) but is, frankly, bad hermeneutics.

What is essential?
Sadly, the decline in church attendance is a trend that is prevalent in most western countries. Some churches have tried to stop this by packing calendars full with activities for people to take part in. One admission that this strategy had failed is from Willow Creek Community Church (Illinois, USA):

We made a mistake. What we should have done when people crossed the line of faith and become [sic] Christians, we should have started telling people and teaching people that they have to take responsibility to become ‘self feeders.’ We should have gotten people, taught people, how to read their Bible between services, how to do the spiritual practices much more aggressively on their own.5

Willow Creek Community Church’s ‘seeker sensitive’ approach wasn’t helping the congregation to mature in Christ, rather the church was counting attendance numbers at its events. Christians mature by feeding on the Word of God with the help of the Spirit of God and prayer. Research in Canada (see more below) found that a “higher frequency of both practices was reported by congregants of growing churches”.6 Since a basic knowledge of the tenets of Christianity logically precedes belief in its doctrines, this is hardly surprising. Of course, this is not to deny that many people take the step of faith to become Christians, before knowing much doctrine.

In the experiences of life, many things change, all the time: individuals, people groups, cultures. But there is one thing that does not change: The Word of God, both the written Word and its Author (John 1:1; Hebrews 13:8). Consequently, in giving the sermon, the preacher is admonished and obligated to be soundly exegetical, that is, to teach from Scripture what is clearly taught in it (exegesis) rather than to read into Scripture ideas external to it (eisegesis).

What do you get when the teaching (whether through a sermon, article, book or even the lyrics of a song) is not exegetical, not Scriptural? What if the Genesis account is explained in a way that is not apparent to the average reader, and supposedly needs to be reinterpreted in a novel way by some contemporary theologian—essentially saying the church got it wrong for most of its history? What happens when teachers stray from orthodoxy, abandon six-day creation, and accept millions and billions of years? Let’s look at some statistics from two more western countries.

Canada
Recent research in Canada contrasted ‘conservative’ and ‘liberal’ views in the Protestant church, as explained below:

In keeping with the approach commonly used by researchers, we interpret beliefs as ‘‘conservative’’ if they align with views typically held by conservative Protestants: a high view of the authority and reliability of the Bible, a literal belief in traditional Christian doctrines like the deity and resurrection of Christ, and an emphasis on the exclusivity of Christianity. Conversely, some of the questions looked for disagreement with these conservative beliefs, or for alternative, characteristically ‘‘liberal’’ beliefs, such as openness to change in religious doctrines, a more ﬂexible approach to the Bible, and belief in the equivalence of religions or non-exclusivity of Christianity.6

The views that were tested show a stark correlation between conservative Christian beliefs and a growing church; and vice versa, liberal beliefs correlate with church decline. Here are just some of many comparisons of the beliefs of the congregants (attendees) compared with those of the clergy:

Table 2: Statistics from mainline Protestant churches in southern Ontario, Canada. The percentages shown are the summation of tabulated data from Haskell, D. (2016),6 for the categories ‘moderately agree’ and ‘strongly agree’.

Since genuine church growth results, by definition, from new people becoming Christians, it is hardly surprising that churches whose clergy and congregations disagree with evangelism (top row of table) are in decline! And how can people who call themselves Christians (i.e. followers of Christ) think that other faiths are a valid way to God (middle row, Table 2), when Jesus calls Himself the way (John 14:6)?

In addition to the above tabled comparisons, here are some further statistics about clergy in declining churches (from the same Canadian research):

Is it any wonder church attendance is falling in Canada, when so many clergy and church attendees don’t believe the clear teaching of the doctrines they supposedly subscribe to? As a consequence, people are walking away from the Church. Why stay in a house that is divided against itself (Mark 3:25)? Associate Professor of Wilfrid Laurier University in Ontario, David Haskell, who co-authored this study, summarised it as follows: “If you’re in a mainline church and that church is dying, and you’ve just heard that the theological position that you have is likely what’s killing it, you’re not going to be very happy about that”.7 The concern is, do these people try to find another church, or leave it altogether?

If Genesis 1 does not mean what it so clearly states, at what point in the Bible can we start understanding the text for ourselves, without having to sit at the feet of some theological guru or other?

England
Backing up the findings from Canada and The Netherlands is research on the Anglican church in England—the Church of England (CofE). This denomination, as a whole, has been in significant decline for years. Happily, however, individual churches within the CofE are exceptions. “More than 300 churches [in England] contributed to the results that support research from Canada showing theologically conservative churches grow faster than those with a more liberal leaning”.8 An increase in attendance is reported by conservative churches, upholding for instance the authority of Scripture and marriage defined as being between one man and one woman.8 The conservative grouping Reform (part of the CofE)—which holds to the more orthodox teachings on the aforementioned topics—is growing, and consists in general of younger attendees.

Conclusion
If Genesis 1 does not mean what it so clearly states, at what point in the Bible can we start understanding the text for ourselves, without having to sit at the feet of some theological guru or other? Or do we need to heed the interpretations of those claiming to be wise at the risk of becoming fools, by exchanging the truth about God for a lie (Romans 1:22, 25)? And if so, why would we worship an inefficient god, whose pinnacle of creation would only be achieved after billions of years of slow progress full of death, suffering and disease. No! The God of the Bible did it precisely the way He said He did. “And God saw everything that he had made, and behold, it was very good” (Genesis 1:31). Christians need to have the highest regard for God’s Word (2 Timothy 2:15–16; Revelation 22:18–19). This applies to the opening chapters of Genesis, as well as everything that follows.