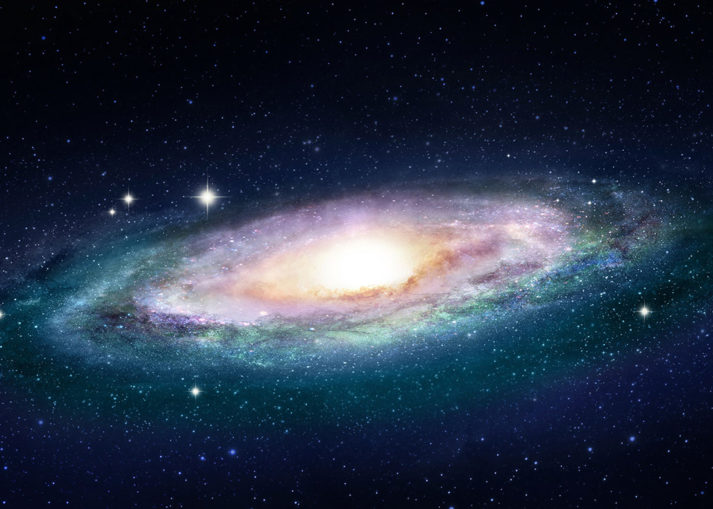 Can we definitively know the global structure of spacetime? This is a good question. It is one that is actively discussed within the area of the philosophy of modern physics.1,2

The problem of underdetermination
However it is a question that highlights the fundamental weakness of cosmology and hence of cosmogony. (Cosmology is the study of the structure of the cosmos whereas cosmogony is the study of the origin of the universe.) That weakness is the inherent inability to accurately construct any global cosmological model, i.e. a model that accurately represents the structure of the universe at all times and locations. The reason for this is underdetermination.3

“There seems to be a robust sense in which the global structure of every cosmological model is underdetermined.”1

In the philosophy of science, underdetermination means that the available evidence is insufficient to be able to determine which belief one should hold about that evidence. That means that no matter what cosmological model one might conceive of, in an attempt to describe the structure of the universe, every model will be underdetermined. Or said another way, no matter what amount of observational data one might ever (even in principle) gather, the cosmological evidence does not force one particular model upon us. And this underdetermination has been rigorously proven.1

This fact highlights what has been said before by some cosmologists:

“Cosmology may look like a science, but it isn’t a science. … A basic tenet of science is that you can do repeatable experiments, and you can’t do that in cosmology.”4

The study of the universe is not subject to rigorous experimentation where one systematically narrows down (by disproof of other theories) a unique description. This might be done in a laboratory where one can interact with the subject being examined.5 But in cosmology this is not possible. This then is cosmology’s major and fundamental weakness when we want to determine not only the structure of the cosmos but its origin.

It is a historical science that tries to reconstruct a history of the universe.

“ … cosmology for the most part treats our current accepted physical theories as ‘given’. For it is, like geology, a historical science: and as such, it aims to provide, not a general theory, but as detailed as possible a history of its topic—the universe [emphasis added].”2

Cosmology (and cosmogony) can still make predictions and reject failed theories but the field is much weaker than experimental science because one has no direct access to the past, which in philosophical terms means it has an epistemological problem. How can we definitively know which model is the correct one?

Starting assumptions
No matter what amount of observational data one might ever (even in principle) gather, the cosmological evidence does not force one particular model upon us.

Philosophy is an important part of any science, and all scientists require some starting assumptions. However one might be forgiven if one thought that cosmology has no such assumptions. The fact is, though, that cosmology does require assumptions else one could not proceed to even construct a basic model of the universe.

The standard big bang cosmology uses one important assumption in an effort to reduce the underdetermination and hence develop a mathematical description of the cosmos at all past times. This assumption is called the cosmological principle, also known as the principle of uniformity.6

One statement of that principle is that the laws of physics determined locally are applicable throughout the universe, and that the structure of the universe on the largest scales at the same epoch (or time in the history of the universe) is the same regardless of location. However despite this unprovable assumption the general epistemological difficulties as stated above still remain.

This means that no matter which cosmology is being promoted, there are an undetermined number of other possible models that can also account for, or are consistent with, the same observational data (figure 1). As proven by philosophers Malament,7 Manchak1 and others:

“ … the theorems say that in almost every spacetime obeying general relativity, no observer, however long they live, could accumulate enough observations to exclude their being in another very different spacetime.”2

Even if we attempt to narrow the field, by assuming as a given that general relativity is the correct physics for our universe, it still does not help much because general relativity allows for a plethora of cosmological models. As philosophers of science have pointed out:

“ … due to structure internal to the theory itself, [general relativity] does not allow us to determine which of these models best represents our universe.”1

mption of the cosmological principle the standard ΛCDM big bang cosmological theory has become the dominant theory in the field. Only a few other dissenting theories are even considered and they are still cousins to the standard model.

Figure 1. Like the story of the blind men, each getting a different interpretation for the same elephant they examine, there are many different theories/models in cosmology/cosmogony that could account for the same astronomical observations. (The analogy here is not perfect but gives you an idea).

Alternative cosmological models
The standard model has led to what some call ‘new physics’, but what I call fudge factors—for example, cosmic inflation,8 dark energy,9 and dark matter.10 However, it is important to note that there are other cosmological models consistent with our observations which do not require these fudge factors.

“But now the cat is out of the bag! The point here is that the ΛCDM model being the best fit of the standard model does not imply, of course, that it is the unique best fit model. And there is considerable evidence that the observations we have made so far can be equally well fitted by Lemaitre–Tolman–Bondi [LTB] spherically symmetric inhomogeneous models—without, one might add, the all-too-conjectural dark energy of the ΛCDM model.”2

The LTB inhomogeneous model does not assume the principle of uniformity (homogeneity and isotropy) but it still assumes a spherically symmetric matter distribution, which means the assumption of isotropy6 only. From the perspective of the physics, one could say that the LTB model is a better description of the universe because it does not require the addition of dark energy, some hypothetical stuff that is unknown to modern physics.

And cosmic inflation was introduced to solve, inter alia, the flatness problem and the horizon problem. As a result the standard ΛCDM model could be rescued. But at what price?

“ … one buys a satisfying explanation of a ‘late’ feature of the universe [dark energy], by paying the price of a speculative piece of physics for very early times [inflation].”2

The success of the LTB model without the assumption of homogeneity implies then that the assumption of uniformity cannot be justified. Without the cosmological principle, most cosmological theories would be intractable. There would be no way to reduce the myriad of potential possibilities. Probably more than 95% of all models assume it, even the LTB model assumes the isotropic aspect of it. And the success of the LTB model does not of course mean that it is the unique description of the universe that cosmologists seek.

Stating what I believe is obvious, the Bible describes a creation history wherein there must have been supernatural physics (creation of matter out of nothing) that simply is not known to physics today. After creation was finished, God has rarely used such a power again.11

Stephen Hawking claimed that the existence of gravitation implies that the universe came into existence from nothing—absolutely nothing.12

“‘Because there is a law such as gravity, the universe can and will create itself from nothing’, he writes. ‘Spontaneous creation is the reason there is something rather than nothing, why the universe exists, why we exist.’”

This means that cosmological observations will never force us to accept the big bang.

The universe did not create itself out of nothing, despite Hawking’s faith claim. The Creator, who has existed eternally, was the source of creation out of nothing. However that could not have involved standard physics, or some as-yet-undiscovered quantum physics or some description of the alleged big bang singularity.13 In the realm of known physics, matter does not come into existence from nothing. Matter can be formed from energy, but that is always pre-existing energy in the universe.

Conclusion
The take-home message here is that even assuming that general relativity applies to the whole universe, one is still left with an indeterminate choice of potential models that could describe the structure and hence history of the universe. And some of those models may have not yet even been conceived of. This is due to the fundamental underdetermination of cosmology. This means that cosmological observations will never force us to accept the big bang. It is important to know that the biblical account of the creation of the universe will always remain consistent with everything that we observe in the universe.