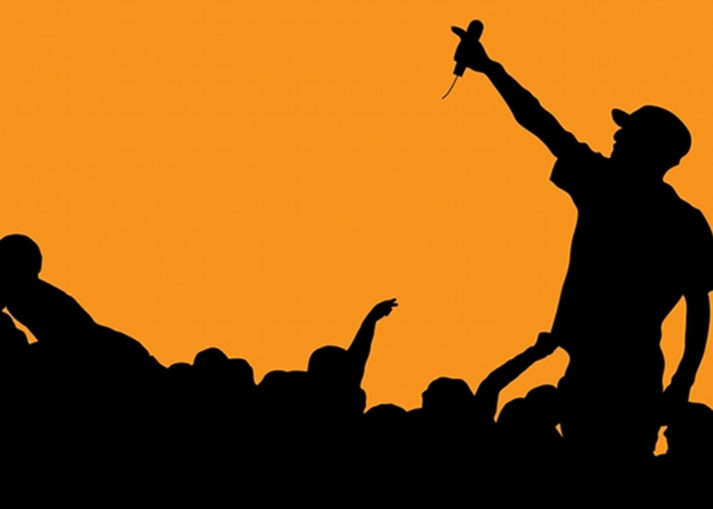 Rap is a genre of music defined by its rhythmic lyrics spoken or chanted over a (usually) syncopated and repetitive beat. Christian rap music follows the same musical pattern but with lyrics that tie into the Christian faith. The question of whether or not Christian rap music is appropriate is a matter left up to the individual, but there are still some Biblical points to consider.

The rap reputation
Rap has a track record of being profane, violent, and sexual. Unfortunately, this reputation is pretty well earned. A good chunk of mainstream pop music is rap or hip-hop, and a good chunk of the accompanying themes have to do with illicit sex and the objectification of men and women. Because of these associations, some people have trouble separating the lyrics they expect to hear from secular rap from the lyrics that are actually being spoken in Christian rap.

Does the music distract you?
If the music reminds us of vulgar things, distracts us from keeping our thoughts pure and focused on God’s goodness (Philippians 4:8), or triggers negative feelings, then Christian rap probably isn’t the best thing for us. Even if the lyrics are clean, music can have a profound effect on our spiritual well-being. With any music genre, not just rap, we should be aware of how it is affecting our hearts (Proverbs 4:23–26) and whether or not the Holy Spirit is telling us not to listen to it in the first place (1 Thessalonians 5:19).

Theologically-sound rap
Despite rap’s poor reputation, there are a growing number of Christian musicians producing quality rap that is theologically and musically solid and thought-provoking. While Christian rap isn’t for everybody, it offers a more wholesome alternative to fans of the genre who would otherwise be stuck with a steady stream of sordid content. However, it is also important to note that, even if Christian rap has a positive effect for you, it might have a negative effect on someone within earshot. The moment our personal preferences overrule our love for our brother is the moment we’ve sinned (see 1 Corinthians 10).

God can use any type of music to communicate His truth
There are many Christians who have embraced music as their ministry, and they execute this calling through a variety of musical styles. Whether or not Christian rap is the appropriate style for any given person comes down to a matter of personal evaluation and conviction. If there is any question as to whether or not Christian rap would be good or bad for you, recall Philippians 4:6, “Be anxious for nothing, but in everything by prayer and supplication with thanksgiving let your requests be made known to God.”

Was satan in charge of music in Heaven?
Ezekiel 28:13 of the KJV and NKJV seems to hint that satan was involved with music in Heaven. The NKJV says, “The workmanship of your timbrels and pipes was prepared for you on the day you were created,” although the exact meaning of this difficult Hebrew text is uncertain. There may have been such instruments in Heaven, but there is no evidence outside this verse to verify it. Revelation 5:8 and 15:2 refer to harps, but not to timbrels or pipes.

Satan fell because of pride
The two Scripture passages that describe satan before he fell are Ezekiel 28:12-19 and Isaiah 14:12-15. Satan was the “anointed cherub” (Ezekiel 28:14). He was adorned with every precious jewel imaginable (Ezekiel 28:13). He was “the model of perfection, full of wisdom and perfect in beauty” (Ezekiel 28:12). Likely he was the highest of all angels. He was persuasive enough to convince one-third of the angels to join him in his rebellion (Revelation 12:4). Even after his fall from Heaven, not even Michael the archangel dared to stand up to him without the Lord’s help (Jude 9). Satan fell because of pride. He did not like being “second best.” He wanted to be God: “You said in your heart, ‘I will ascend to Heaven; I will raise my throne above the stars of God; I will sit enthroned on the mount of assembly, on the utmost heights of the sacred mountain’” (Isaiah 14:13).

Was Satan the head musician?
This cannot be answered definitively. Scripture does not say enough about what his duties were in Heaven. Considering the fact that the angels constantly worship God (Isaiah 6:3; Revelation 4:8), it is possible that satan led that worship. One thing is sure: for satan to rebel despite having such an exalted position and close relationship with God, the devil is surely due his eternal destiny (Revelation 20:10)