Biblical Creation Gives Us The Answer To Modern Insanity 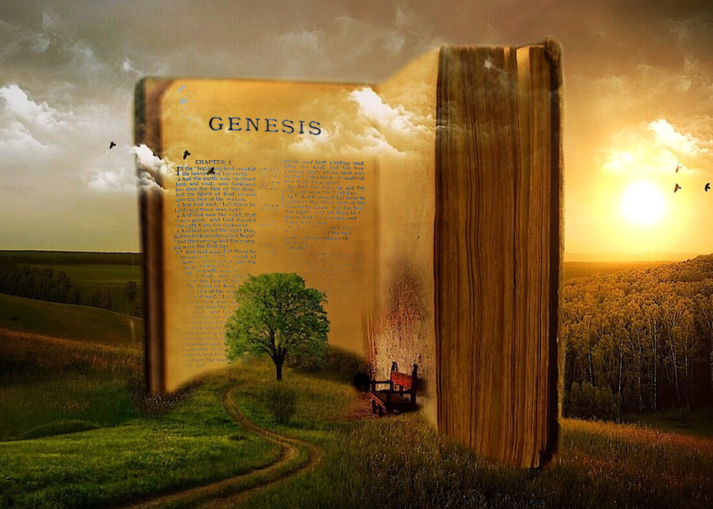 A decade ago, who would have predicted the level of societal insanity that is currently gripping the world? Teenagers have become the apocalyptic prophets of climate change. There is an ever-growing number of gender identities being claimed for young children. Individuals and businesses are being persecuted for their non-conformity over LGBT issues. Unsurprisingly, depression, anxiety, and other mood disorders are at an all-time high. Maybe we think that we are safe within the walls of our church buildings and the insanity is only ‘out there’. But as Christians, we should be engaging the culture under the command of The Great Commission that Jesus gave us. Let’s first understand the real problem.

There is nothing new under the sun
As creationists, one of our favorite passages is Romans 1:20 where the Apostle Paul speaks about the witness of Creation being evidence for God. But many have not realized the link to immorality that he makes immediately after this verse. He notes that when people refuse to worship God, they don’t have the option not to worship at all. Instead, they turn to worshiping “the creature instead of the Creator” (Romans 1:25). We can see this in the emotive rhetoric of modern environmentalists. Their geolatrous (Earth-worshiping) religion even has a full-blown eschatology about the end of the world and the extinction of life as we know it.

Paul then says this idolatry leads to all kinds of sexual immorality (Romans 1:24–27). Even within recent living memory, everyone could agree that whatever stance we took regarding morality and sexuality, it was a debate for adults—children should be left out of it and just allowed to be, well, children. Now, (to give just one example) some parents are refusing to dress their children in blue or pink clothes until the child decides for ‘itself’ what ‘it’ wants to be. If confusing children about gender does not merit a ‘millstone’ (Matthew 18:6), then, what does?

Rejection of God will lead to chaos
For a long time, Western civilization enjoyed the cultural benefits of a widespread commitment to biblical truth. Even if every individual was not a Christian, the government and leadership of society at least acknowledged the ideals of biblical morality and common sense prevailed, because there was a convention of moral boundaries. Now, a small but vocal minority of secularists in the media, entertainment, and academia have pushed their agenda on a brainwashed public. And ordinary families who do not allow their children to choose their own gender are tagged as unloving and intolerant. Such taunts clearly have Christians in their sights as they bring it to the doors of our churches.

But we cannot reject God’s truth and retain the benefits that come with it. Nor can we reject the theology and retain the anthropology. If God did not create us, we are not created in His image. And if we are not created male and female in His image, then what is humanity at all? And what Paul was really saying was if you reject the Creator, the consequence involves confusion at every other level. We are living at a time of serious decay. How long will the Creator tolerate this?

Creation information changes lives
It would be easy to fall victim to the tendency of ‘doom and gloom’ of what is ultimately a perversion forced on society. But we should be encouraged that God’s Word remains true. Remember that there is “nothing new under the sun” (Ecclesiastes 1:9). Paul predicted this, and it is not taking God by surprise. And as such, His truth will always be victorious in the end.

While one can tackle the issues like the LGBT agenda head on, they are only the symptoms of a foundational problem—the rejection of a Creator. We know that questions about creation vs evolution are a huge stumbling block to faith today. But if we can show evidence that evolution is a flawed theory while also giving information that supports the Bible’s history, we will see changes. James H. wrote:

“ Creation Evangelism converted me to Christianity. I used to be … a true zealot for evolution. I get your premise and agree 100% with your conclusions. This stuff will change hearts and minds. Thank you.”

God’s Word provides an anthropology that respects human dignity, including that of people struggling with their identity. Most importantly, it gives us the Gospel, which is the only way people can be saved. By transforming lives one at a time, we cannot help but influence society back toward biblical truth.

Don’t be discouraged. The Bible is true!
For over 40 years, CMI has been producing information that strengthens the faith of believers by defending the Bible from the very first verse. Inevitably it makes people more confident to share their faith with others. We provide a wealth of free articles, tracts, and videos on creation.com because we want to help equip people with answers to the most-asked questions regarding creation and evolution.