A Call To Reformation In The Broken Prophetic Movement 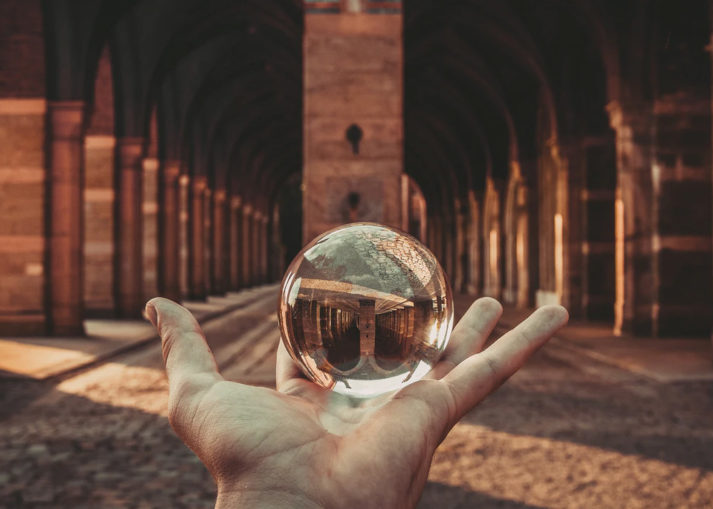 Extreme reform must come to the out of control prophetic movement.
I believe we must see a radical increase in authentic prophetic ministry. While there are issues and extremes in today’s prophetic movement, the truth is that most churches are woefully shallow or outright resistant when it comes to developing a prophetic culture.

An electric, supernatural and stunning spirit of prophecy should be energizing our church services. The Holy Spirit is moving powerfully and it’s critical that we tap into what he is doing and saying.

“Do not quench the Spirit. Do not despise prophecies, but test everything; hold fast what is good.” (1 Thessalonians 5:19–21, ESV)

A Call To Reformation
The famine of the Rhema voice of God in so many Christians and churches has been a burden of mine for decades. Unfortunately, it seems some have tried to fill that void with either unhealthy, unbalanced or outright unbiblical prophetic practices. Reform is needed.

No More Prophetic Guarantees
Have you ever heard someone in church belting out a revelation that starts something like, “The Lord is saying to you…” or for some of our more traditional Pentecostals, “Thus sayeth the Lord…”

Yeah, this has to stop.

People are sharing prophetic words as if they are guarantees. They fail to consider the myriad of variables that come into play regarding a prophetic word. People are mortal. They can make mistakes.

Further, prophetic words are always conditional. People have a role to play. A failed response can result in a word that doesn’t come to pass.

Prophetic guarantees can do great damage to people’s faith. I’ve known people who have made very costly life decisions because of a prophecy. They have quit their jobs, sold their homes, moved across the country, married the wrong person, and on and on simply because they received a prophetic guarantee. Like I said, this has to stop.

A better way to say it would be, “I sense the Lord is saying,” or “Be sure to pray over this and weigh it carefully. I feel God is saying…”

Prophetic Word Should Be Submitted For Analysis
“but test everything; hold fast what is good.” (1 Thessalonians 5:21, ESV)

The Bible clearly requires all prophetic words to be tested, weighed and judged.

“Let two or three prophets speak, and let the others weigh what is said.” (1 Corinthians 14:29, ESV)

“Beloved, do not believe every spirit, but test the spirits to see whether they are from God…” (1 John 4:1, ESV)

It requires humility to invite a thorough critique when releasing a prophetic word. Instead of a prophetic guarantee, we should be submitting our divine revelation for consideration. We should invite people to analyze it, to pray over it and to judge it. If people did this with each word they communicated, it would remove much of the stigma surrounding the prophetic movement.

Minimize Foretelling, Emphasize Forthtelling
Has anybody else grown tired of the circus-like, crystal ball-style fortune telling in so much of the prophetic today?

Understand, I absolutely do believe in foretelling, in revealing future events as the Holy Spirit gives the revelation. The Bible is filled with such prophetic information and authentic foretelling absolutely happens today.

That being said, there has become an unhealthy obsession with gazing into the future. It’s time for a fresh, anointed prophetic climate to emerge that is driven by forthtelling, by a Rhema revelation of timeless biblical truths. We need prophetic preachers who breathe fire as they release oracles from Heaven that erupt right out of the Bible. The Word of God must again be primary.

We Need To Quit Leaning So Heavily On Prophetic Words
As someone who affirms the need for a radical increase of true prophetic ministry, you might be surprised that I rarely get excited or uptight about a prophetic word.

This is true when the word is for me personally and it’s true if the word is a public word.

Why? It’s simple. Prophetic words take time to unfold. Also, they are often flat out wrong. If they are true, I need to discover what my role is and how I should steward the word. There is process.

It’s not like winning the lottery or finding a genie in a lamp.

Does this mean I don’t prepare if a prophetic word is given to warn me? No way. I prepare as the Lord leads, but I don’t get spun out about the word or overly obsessed with the word.

However, you’d be shocked at how many positive, encouraging words I’ve received that have never come to pass. Good people were attempting to bless me but wrongly labeled their encouragement as prophecy.

Prophecy can be wrong no matter how convinced we are that God said something. We can interpret incorrectly. We may miss the analysis. We may not rightly steward the word. We might wrongly discern the timing.

We Need Both Grace And Accountability
The Old Testament “stone them if they are wrong” mindset needs to finally come to an end. In the New Covenant prophecy is markedly different. While a prophetic word can certainly be extremely weighty, it’s never complete. In fact, prophetic data comes not in the form of a bellowing, clearly heard and perfectly understood voice erupting out of a burning bush, but rather as abstract, nebulous impressions and sensations.

Consider dreams. They require interpretation. So does every other type of prophetic impression. Today, it’s not difficult to be deeply intimate with Jesus, living a life of prayer, humbly surrendered, wholeheartedly given to God’s call on our lives and also mistaken about a prophetic word. We need to give people grace when they miss it.

Yes, as I have already said, grace will be more easily extended when the prophets stop slapping a “thus sayeth the Lord” on every word they deliver.

And, yes, we also need a more solid system of accountability. What happened to those who prophesied that COVID would be gone nine or ten months ago? What about other failed words that go unjudged and are long forgotten? There’s a healthy way to handle this. Ignoring it isn’t the answer.

Quit Shaming Those Who Weigh And Judge Prophetic Words
If you hang on to prophetic words without weighing them, and shame those who are in fact weighing, you have no idea how biblical prophecy works.

There is no medal of honor given to those who are unmovable regarding prophetic words. Scripture, in fact, requires that we are flexible as the outcome of prophecies can change depending on many different variables.

There has been a spirit of mean unleashed this past year by those who have white-knuckled grips on prophetic words about the election and other key issues. Dare to weigh the words, as the Bible commands, and question them in the slightest, and you better duck. Some uber-spiritual people will launch assaults questioning your faith, your spirituality and even your salvation. It’s disgusting.

Reject Words Not Birthed From The Furnace Of Prayer
If the person delivering the word isn’t burning hot in the furnace of intercession day after day, their word cannot be trusted. Throw it out. If it’s truly a word of God, it will jump right back into play and it will be undeniable. However, I’ve found it to be quite rare that a prophecy can be truly trusted if it’s not birthed from the place of intercession.

There are other measures we can take to see the prophetic become healthy and effective, but if we can start with the above, the prophetic culture this nation so desperately needs will become vibrant, anointed and accurate again.