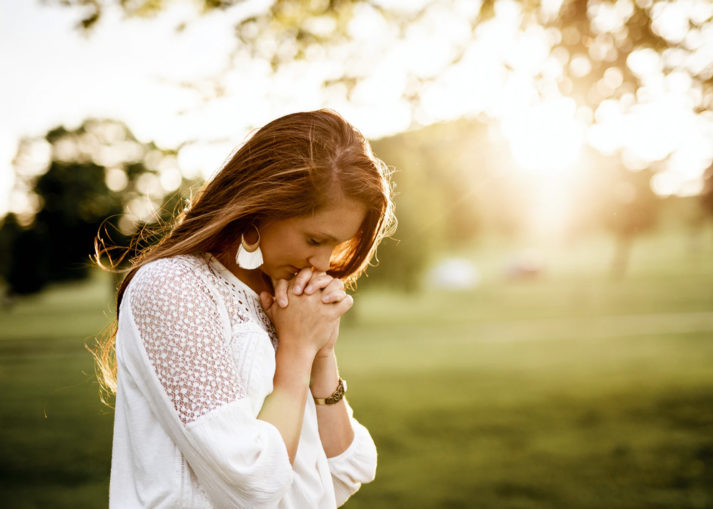 God is raising up passionate people of fervent and strategic prayer. Why aren’t they flocking to church prayer meetings?

I’m a prayer freak. I met God in the prayer room and I’ve experienced the shock and awe of his glory there many times over the last 27 years. I can’t separate the ideas of salvation, being a Christian and knowing God from a vibrant life of burning prayer. For me, if there’s no unction to pray, everything else is weakened, compromised and at risk. The thought that someone wouldn’t want to pray causes me to scream inside. The wonders of God are revealed in very unique ways in the prayer room.

If God is awakening people to the power of prayer, why aren’t the prayer rooms full? If there is a growing remnant of people who yearn to encounter God and to contend for the passions of his heart night and day, why do pastors have such a hard time compelling them to come together for corporate intercession? It’s a great question. I believe I have a handful of answers.

1. Lack of Anointing
Those who are living and walking in the Spirit, living a life of impactful intercession and who are in tune with the heart of God can easily discern whether there’s anointing in the prayer meeting or not. Sadly, most prayer meetings I’ve participated in simply do not have a strong anointing. The wind of the Spirit isn’t blowing through them. The tremble isn’t there: “Suddenly a sound like a mighty rushing wind came from heaven, and it filled the whole house where they were sitting” (Acts 2:2).

If there isn’t anointing, I want to make two points:

First, it’s on the pastor. The senior pastor must be so bathed in prayer daily in his personal life that when he steps into the prayer meeting, the entire atmosphere ignites. It’s critical that he regularly comes out of encounters with God that results in a tangible simmering in his spirit that can’t be denied.

Second, as the 120 did in the upper room, if the anointing isn’t there, if God’s presence isn’t blowing through the room, understand that little can be done until it does. Wait and pray. Cry out. Pray for tongues to land on everyone. When it happens, you can have an effective prayer meeting.

2. Lack of a Prophetic Atmosphere
One-way prayer, from us to God, will drain the energy right out of the room. If we aren’t nurturing an environment where God is constantly speaking in the prayer meetings, frustration and boredom will quickly set in: “My sheep hear my voice, and I know them, and they follow me” (John 10:27). “Do not quench the Spirit. 20 Do not despise prophecies” (1 Thess. 5:19-20).

In most prayer meetings, the majority of the time and energy is spent relaying to God what we want him to do. We need to see that reverse. God should be releasing prophetic words, Scriptures, inner revelations and other data in our corporate prayer meetings so we can all come into agreement with what’s on God’s agenda instead of what’s on ours.

I love to have whiteboards in my prayer meetings so people can write words, draw prophetic pictures and share what God is revealing to them. Then, we allow them to grab the mic and declare what was revealed to them corporately. Can it get weird at times? Sure, but if there’s a strong leader in the room that can keep everybody moving in the right direction, that never becomes an issue. The Bible clearly tells us not to quench the Spirit and not to despise prophecies. Unfortunately that happens all too often in our prayer meetings (and church meetings) today.

3. Petition and Prayer Lists
If you want to kill a prayer meeting, bring out the prayer list. Praying through prayer topics, no matter how amazing and important those topics may be, will drain the life right out of the room. This is why stewarding a prophetic culture is so important. Out of the 10 or 20 prayer points the prayer leader might bring into the meeting, one or two at best will hold the attention of the intercessors. They are usually obvious, humanly discerned and devoid of God’s revelatory realm. Intercessors just can’t stay in that realm and thrive. Really, nobody can.

When I was leading our school of prayer and revival in Detroit, we had a rule for the students. No prayer lists allowed in the prayer meetings. They must go deep, connect with God’s heart and release corporately what they received from Him. I can’t tell you how immeasurably powerful those meetings were!

There’s a place for petition, but we can’t live there. We can’t use petition as the driving force of our prayer meetings. We must get feedback and then release oracles from heaven. We must decree and declare the solution instead of camping on the questions.

Elizabeth Nixon said it this way:
The English definition of decree is “a statement of truth that carries the authority of a court order.” For example, when a defendant is convicted of a crime and sentenced to prison, he cannot ignore that sentence because the authority of the court order is such that upon conviction, he has no further say in the matter.

We declare blessings, we plead the blood, we prophesy truth, we call forth breakthrough, we decree abundance. We must stand in our authority and cause things to happen. That’s a lot more effective than simple petition!

4. No Tongues or Groans
I’ve said for years that praying in tongues with groans of intercession filling the room for an hour, with no other prayers offered, would launch a prayer movement that would shake the entire planet. The level of electricity in that movement would shock the world.

When we release everyone in the prayer meeting to find a place on the carpet, or to pace around the room and cry out in tongues, the spiritual vibrancy in the atmosphere simply erupts.

Of all the ministries and churches I’ve launched or given leadership to, by far the most satisfying and thrilling were our Friday-night prayer events. In Colorado Springs and Detroit, we ended up in nearly 200 different churches where we’d pray in tongues for two hours, from 10 p.m. until midnight. While many of the pastors of those churches looked lost as we rushed in with fire in our veins, the people came alive! Oh how I wish pastors were more comfortable in such an environment!

At the International House of Prayer several years ago, I’ll never forget a young lady over whom I prophesied as she walked through the door at the internship my wife and I were directing. I told her she would be fully healed during the internship. I had never met her before. I had no idea that she was chronically and terribly sick. She could barely make the airplane trip to Kansas City. The intense seven-day, three-month schedule was overwhelming her to tears. Then, one day, as she was praying for an hour in the “prep rooms,” which was a requirement of the internship, she was suddenly and very dramatically healed. I wish I could do justice in this article of how deep and powerful that moment was, but it’s impossible. The truth is, however, that tongues and groans in a small, crowded prayer room resulted in divine intervention that could not be denied.

Likewise, the Spirit helps us in our weaknesses, for we do not know what to pray for as we ought, but the Spirit Himself intercedes for us with groanings too deep for words. He who searches the hearts knows what the mind of the Spirit is, because He intercedes for the saints according to the will of God. We know that all things work together for good to those who love God, to those who are called according to His purpose (Rom. 8:26-28).

5. No Compelling Vision
“Where there is no vision, the people perish; but happy is he who keeps the teaching” (Prov. 29:18).

If there is no overwhelming, God given vision that is driving the prayer meeting, you should probably call of the meeting. If there’s no vision, there will be nothing for the people to lock in to. They will scatter and will have no desire to come back together to pray.

When I talk about vision, I’m not talking about logical goals or ministry campaigns that need our attention. I’m talking about revelation. What is God wrecking the pastor or leader with that must be communicated with the people? What is burning within that requires a rallying cry for the intercessors to grab hold of it and push it through in spiritual warfare and governmental, apostolic advance? When we lead prayer meetings, we should be so enraptured by what God is revealing to us as leaders that the congregation is shocked and rocked into action!