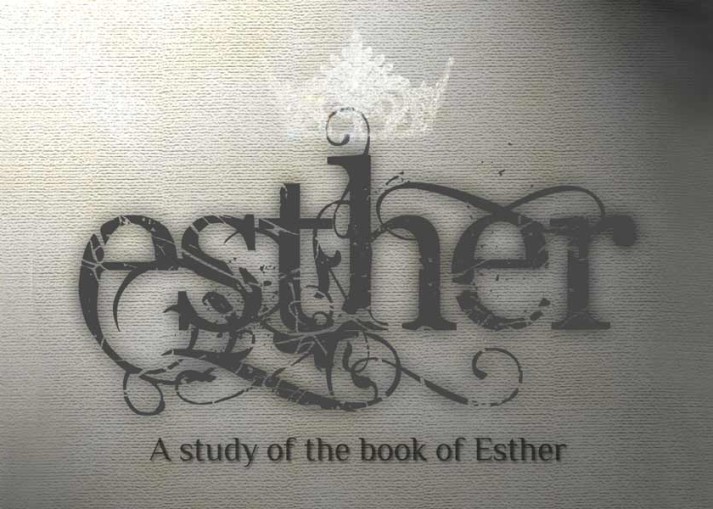 “…who knows whether you have come to the Kingdom for such a time as this?” Esther 4:14

Colossal conflict
The historical context to Esther is one of the most famous chapters in world history. Xerxes, the King of Persia, was about to launch his famous invasion of Europe. His father, Darius I, had been defeated by the Greeks at the Battle of Marathon. The great feast described in Esther 1 was for planning the campaign against Greece in the 3rd year of Xerxes’ reign.

War with the Greeks
Xerxes’ mighty Persian army was held up by the 300 courageous Spartans at Thermopalae. Xerxes burned Athens, but then was decisively defeated at the battle of Salamis in 480BC. With his naval re-supply ships destroyed, Xerxes was forced to withdraw from Europe.

Understanding the times
Although the book of Esther occurs after Nehemiah in its order in the Bible, the events recorded in Nehemiah actually happened thirty years after Esther was crowned queen. The invasion of Greece occurred immediately after chapter 1 of Esther.

Chapter 2 begins with the word: “Later…” It was four years after Vashti was deposed and two years after Xerxes’ army had been defeated in Greece that he married Esther. Esther was the Queen of Persia for 13 years. Esther lived for many years into the reign of her stepson Artaxerxes, under whom Nehemiah rebuilt the walls of Jerusalem. It was no doubt Esther and Mordecai’s influence that created the situation in which Nehemiah received the support of Artaxerxes for rebuilding the walls of Jerusalem.

God and His people
While many in Israel may have felt that God was silent at the time of their captivity, it was evident that God was with them, even in exile in Babylon and Persia. When the temple was closed, God was still watching over His people. While the kings of the earth feasted and forgot, God remembered, and with His Hand He wrote their doom, or moved their hands to work according to His perfect Will.

Background of Esther
Esther is the original, real life inspiration for the Cinderella stories. Esther was brought up in poverty, raised in obscurity. As her parents had died, she was raised by her elder cousin Mordecai, who was a keeper of the gate at the Persian palace at Susa. Esther gives us a link in God’s plan of Redemption, an important chapter in the history of the people through whom the Messiah came.

Capriciousness of Xerxes
The story begins in the third year of Xerxes reign, in his winter capital, Shushan (Susa). For 180 days he has a conference with his officials, no doubt in preparation for their coming invasion of Europe.

Then he held a 7-day feast. Xerxes ordered Queen Vashti “to show her beauty to the people and the officials.” Queen Vashti refused to be paraded before drunken men. Here we see the capriciousness of Xerxes as he allows his advisers to persuade him to summarily depose and exile the Queen.

The Scripture warns us: “Wine is a mocker and beer a brawler; whoever is led astray by them is not wise.” Prov 20:1. “It is not for kings…to drink wine, not for rulers to crave beer.” Prov 31:4. How many rash and foolish decisions have been made by individuals while they are drunk, which they would never have made while sober?

After the disastrous defeat of Xerxes’ forces in Europe, the king’s servants proposed a national beauty competition. “Let beautiful young virgins be sought for the king…in all the provinces of his kingdom…Then let the young woman who pleases the king be queen instead of Vashti.” Esther 2:2-4

Exceptional
Scripture tells us that Esther “was lovely and beautiful.” (2:7). Esther had completed twelve months’ beauty preparations, she was ready to be brought before the king. “And Esther obtained favour in the sight of all who saw her.” (4:15). We read that: “The king loved Esther more than all the other women, and she obtained grace and favour in his sight more than all the virgins; so he set the royal crown upon her head and made her queen.” Esther 2:17

Arrogance of Haman
Haman, the son of Hammedatha, the Agagite, was advanced above all other princes. Haman expected everyone to bow before him. However, Mordecai would not pay homage to any man. “Haman was filled with wrath…Haman sought to destroy all the Jews who were throughout the kingdom…” Esther 3:5-6. Haman’s wounded pride grew into hatred and an insatiable desire for revenge.

Now Haman sought to misinform the king in order to obtain his consent to kill all the Judeans in the kingdom. Pride, rooted in selfishness, can lead to hatred, revenge and murder. What Haman could not have seen at the time, was that the final result of his vengeful pride would be his own destruction.

Counsel of Mordecai
When Mordecai heard of the decree to kill all the Jews in the kingdom, he put on sackcloth and ashes and informed the queen: “if you remain completely silent at this time, relief and deliverance will arise…from another place, but you and your father’s house will perish. Yet, who knows, whether you have come to the kingdom for such a time as this?” Esther 4:13-14

Courage of Esther
Esther accepted the challenge and counsel of Mordecai. We see her decisiveness, her resolution and courageous action. She mobilised the people to prayer. Prayer moves the hand that moves the world. She was willing to risk her life by going in, unsummoned, to Xerxes. Remembering how capricious Xerxes could be, and how he had deposed Vashti for not coming when he had called, she knew that the penalty for anyone to appear before the king unsummoned was instant death. Yet she determined that, even though it was against the law, she would go into the king “and if I perish, I perish!” Esther 4:16.

Esther had not been spoiled by her great beauty being recognised, nor by her coronation as queen of the greatest empire of her day. She had not allowed luxuries to turn her to selfishness. She was willing to risk it all, her life itself, to do her duty.

No one could tell what this fickle monarch would do, but Esther was determined to do her duty, no matter what the cost. The name “Esther” means star and she certainly plays a stellar role in the constellation of God’s people. Esther is a magnificent example of humility, modesty, obedience, courage, loyalty and constancy.

We also see her wisdom. She had to move carefully, she was dealing with powerful and sinister forces. So, prudent as well as fearless, when queen Esther received the outstretched sceptre from Xerxes and his warm offer to give her whatever she asked for, she merely asked for Haman and the king to join her for dinner.

Consequences of choices
The king could not sleep, so he commanded one of his attendants to read The Chronicles of the kingdom. When he was reminded of the action of Mordecai in alerting him to the conspiracy to assassinate him, Xerxes asked: “What honour or dignity has been bestowed on Mordecai for this?” He was told “Nothing has been done for him.”

Reversal of fortunes
Now at this crucial point Haman arrived and the king asked him: “What shall be done for the man whom the king delights to honour?” Haman, supremely vain, thought in his heart “Whom would the king delight to honour more than me?” One can only imagine the shock, shame and confusion of Haman as the tables were turned and he found himself compelled to honour the Mordecai whom he hated and wanted to murder, to honour his enemy in a way that he had hoped to be honoured himself. Pride comes before a fall.

Catastrophic consequences
The king and Haman went to dine with Queen Esther. The king asked: “What is your petition, Queen Esther? It shall be granted you…”

Then Queen Esther answered: “Let my life be given me at my petition, and my people at my request. For we have been sold…to be destroyed…Xerxes demanded: ‘Who is he… who would dare presume in his heart to do such a thing?’ And Esther said: ‘The adversary and enemy is this wicked Haman!'” So they hanged Haman on the gallows that he had prepared for Mordecai. (Esther 7:9-10).

We see the catastrophe of evil character and the culmination of strong character. What Haman had planned to be a great massacre of God’s people is turned into a tremendous victory for God’s people and a catastrophic defeat for the Agagites. What King Saul had failed to deal with hundreds of years before with the Agagites had almost destroyed God’s people.

There are three feasts in Esther: the feast of Xerxes, the feast of Esther and the feast of Purim, which is celebrated on the 14th and 15th of March when Esther is read.

We reap what we sow
The book of Esther shows us that transitory nature of earthly grandeur and the disastrous consequences of all ill-gotten power and possessions. Esther teaches us to seek Divine guidance in times of difficulty; to be ready to renounce self and be decisive in speaking up for those who cannot speak for themselves. To value and seek the co-operation of fellow believers.

“Yet who knows whether you have come to the kingdom for such a time as this?”

Why have you come into the Kingdom?

What is God calling you to do?